Failed Back Surgery and Chiropractic 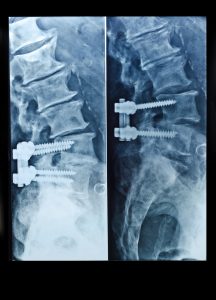 Many patients have experienced failed back surgery. Having surgery for back pain is not a magic bullet cure. It has been shown that up to 40% of people who have had surgery, continue to suffer with some type of pain afterwards. Many times, the only option these patients are given is another surgery: yet the success rate for a second surgery is much lower.

A recent case study demonstrated this with the case of a construction worker who suffered from a herniated disc in his low back after failed back surgery. As the the provider for his family and a business manager, taking time off to recover from another surgery was not an option. So he decided to try chiropractic care.

This example, added to prior research shows that patients do not have to succumb to another surgery for failed back surgery. Chiropractic care can be a conservative alternative. There are many methods available to chiropractors to adjust the spine, including those that are safe for people who have had surgery.

Call our office today to schedule your appointment. CLICK TO CALL AND MAKE AN APPOINTMENT